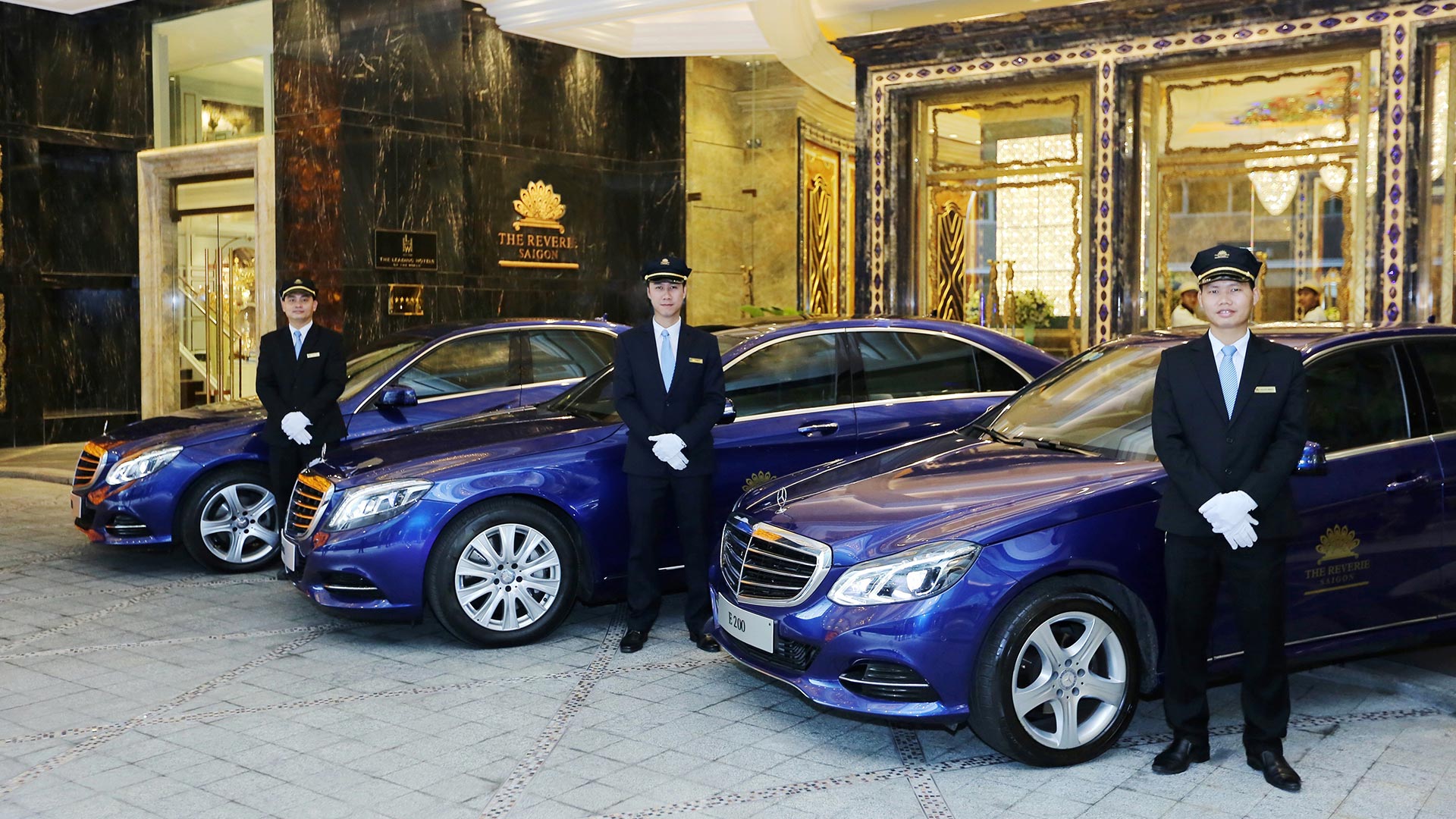 Ho Chi Minh City, Vietnam (November 16, 2016) — The hotel that once and for all re-defined Vietnam as a destination for the glitterati and the one-percent is popping the champagne bottle on how best to manoeuvre Saigon after dusk.

A one-of-a-kind package by The Reverie Saigon, ‘Cruising Saigon’ dispatches hotel guests with a personal butler in tow on a private two-hour sunset cruise on the Saigon River, then switches gears at sundown for a city-chic adventure on a chauffeured vintage Vespa.

The cruise includes a picnic hamper brimming with sweets and savouries from a choice of five menus to choose from – including selections such as potato cream soup, smoked duck & egg sandwiches, cherry compote and traditional Vietnamese banh mi – all exquisitely prepared by the hotel’s culinary team and served by one of its butlers, and paired with a bottle of Taittinger champagne.

Leaving from a riverside pier near the hotel, the sunset cruise by Les Rives plies the storied waterway through the late afternoon, skirting giant rafts of water hyacinth and myriad river traffic, from sampans to ocean-going vessels.

The boat’s captain may elect to steer up lesser travelled canals and tributaries, though the main event is the river itself, lined with a colourful array of structures illustrative of Saigon’s past, present and future – from the landmark Dragon Wharf built in 1863 and the monumental Gustav Eiffel-designed ‘Rainbow Bridge’ of the same era, to the modern residential enclaves rapidly sprouting at the water’s edge and the corrugated tin-roofed shacks that intermingle between them.

As the sun sets over the city’s rapidly changing skyline, Cruising Saigon abandons waterways for roadways for a night-time adventure right out of La Dolce Vita.

Part night excursion, part street food fest, the ‘Saigon After Dark’ excursion by Vespa Adventures lets travellers experience the city’s nightlife the way most locals do, and from the back of a vintage Vespa scooter. The evening begins with a six o’clock pick-up at The Reverie Saigon and a chauffeured transit to the first stop, Café Zoom, to meet one’s guide and kick-off the evening with casual drinks and appetisers.

From there, the tour ventures to a popular local, street-side eatery, cruises through Chinatown and then into the busy streets and alleys of District 4 for street-side snacks, including banh xeo (savoury Vietnamese pancakes) and more cold drinks. Along the way, the four-hour tour also makes a stop at a tucked-away coffee house for a taste of live Vietnamese music, before concluding at a lively club with a local cover band.

The Cruising Saigon package also includes round-trip airport transfers via choice of a Mercedes-Benz S-class or BMW 7 series, breakfast daily at Café Cardinal, as well as access to the lofty Reverie Lounge on the hotel’s uppermost floors.

Package rates start from USD 1,152++, based on a minimum three-night stay*. All guestroom categories are bookable for single or double occupancy.

To enquire about package rates and availability for our Designer Suites, please email reservations@thereveriesaigon.com.

To view other special offers and packages from The Reverie Saigon, click here.

*Booking requests must be received at least 5 days in advance and are subject to availability
*The sunset river cruise and ‘Saigon After Dark’ Vespa tour do not have to be experienced on the same day. They can be booked for separate days during the consecutive three-night stay.