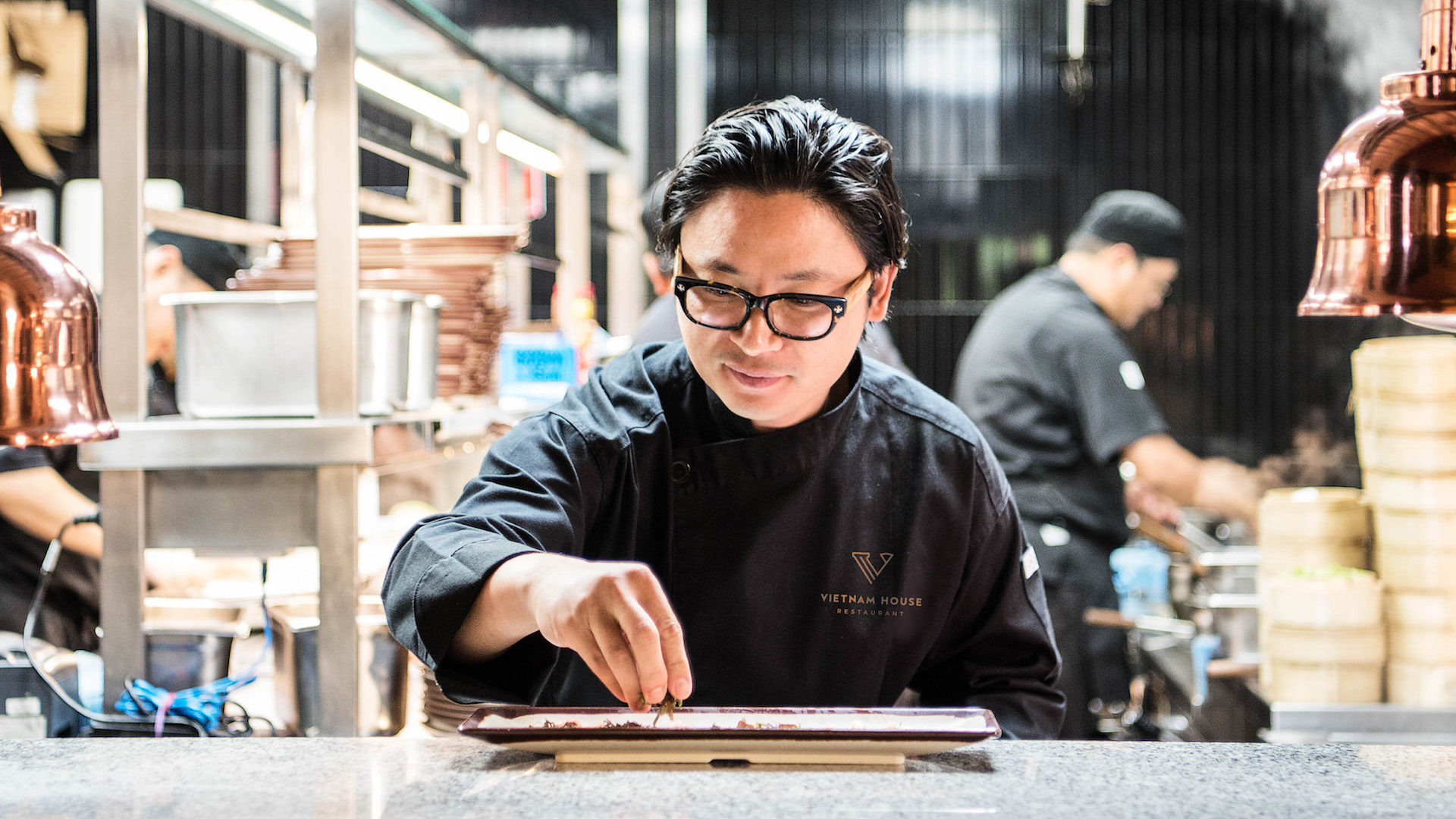 Ho Chi Minh City, Vietnam (June 5, 2019) — While many hotels dispatch executive chefs to market with food-obsessed guests, The Reverie Saigon is endeavouring to deepen its guests’ appreciation of the city and its culinary heritage with a fresh approach involving a celebrity chef and an entire day’s exploration of one of Asia’s burgeoning food capitals.

Beginning this June, guests of the hotel will be able to experience six- to eight-hour expeditions across the city’s culinary landscape with Luke Nguyen, one of Vietnam’s most talented chefs. Privately guided, the tours will introduce guests to major landmarks, tucked-away street vendors, riverside lunch spots, chic restaurants and also hidden bars and sky-high lounges if that’s your scene.

The Australia-born “MasterChef Vietnam” host, cookbook author, restaurateur and television personality is partnering exclusively with The Reverie Saigon on this in-depth exploration of the vibrant dining destination that is bustling Ho Chi Minh City.

The journey begins in the late afternoon with a glimpse of some of the key landmarks located in the city’s District 1 – such as the 139-year-old Notre Dame Cathedral, the historic Central Post Office and the magnificent colonial French Opera House.

From there, on the menu for the rest of this deep dive into Saigon’s culinary world are:

*Activities listed above are subject to accessibility and change without notice

Chef Luke’s culinary exploration of Ho Chi Minh City is an optional add-on to The Reverie’s new “Sampling Saigon” foodie package, which invites guests to take in the hotel’s own culinary offerings – including exquisite fine dining Chinese at The Royal Pavilion, or upscale Italian at R&J.

Perfect for weekend getaways, the two-night package is also bookable for weekday breaks (subject to availability) and includes:

*Guests who book suites will truly be able to eat to their hearts’ content with exclusive access The Reverie Lounge, which serves breakfast, afternoon tea and evening cocktails & canapés daily.

Chef Luke’s tour starts from USD 850 per person, with a minimum of two persons and a maximum of 10. The price includes all food (including alcohol) for the main tour. Post-dinner bar hopping brings the starting price up to USD 1,150, with drinks not included for the bars visited after dinner.

With an endless series of accomplishments under his belt, Australia-born Vietnamese celebrity chef Luke Nguyen has made quite the name for himself over his culinary career. At only 23, Luke realised his dreams by opening his first restaurant, the critically acclaimed Red Lantern in 2002. Luke is also the man behind the much-loved Fat Noodle, an Asian noodle bar concept at The Star in Pyrmont Sydney as well as in Brisbane.

While cooking is his passion, so is his love for imparting culinary wisdom. Luke is the author of numerous best-selling and award-winning cookbooks, including The Songs of Sapa: Stories and Recipes, The Food of Vietnam and Street Food Asia. Luke has also been featured on various television series, including ‘Luke Nguyen’s Vietnam’ and ‘Luke Nguyen’s Street Food Asia’.

In 2017, he took over the helm of Vietnam House, his very first outpost in Vietnam. Opened originally as Cafe L’Imperial in the early 1900s, the first Vietnam House opened in 1992 and quickly set a standard for the atmospheric appeal of high-end Vietnamese dining. Its incarnation elevates the experience through its posh decor and Luke’s distinctive culinary vision.

In 2018, Luke became the official Food Ambassador for Vietnam Airlines, crafting the menus across all of the travel classes offered by the airline.