We use cookies to analyse our traffic and related technologies such as pixel tags. To give your consent for the use of this technology, please click accept. Click here to find out more about the cookies we use and how to manage them
Accept Decline
跳至主要內容 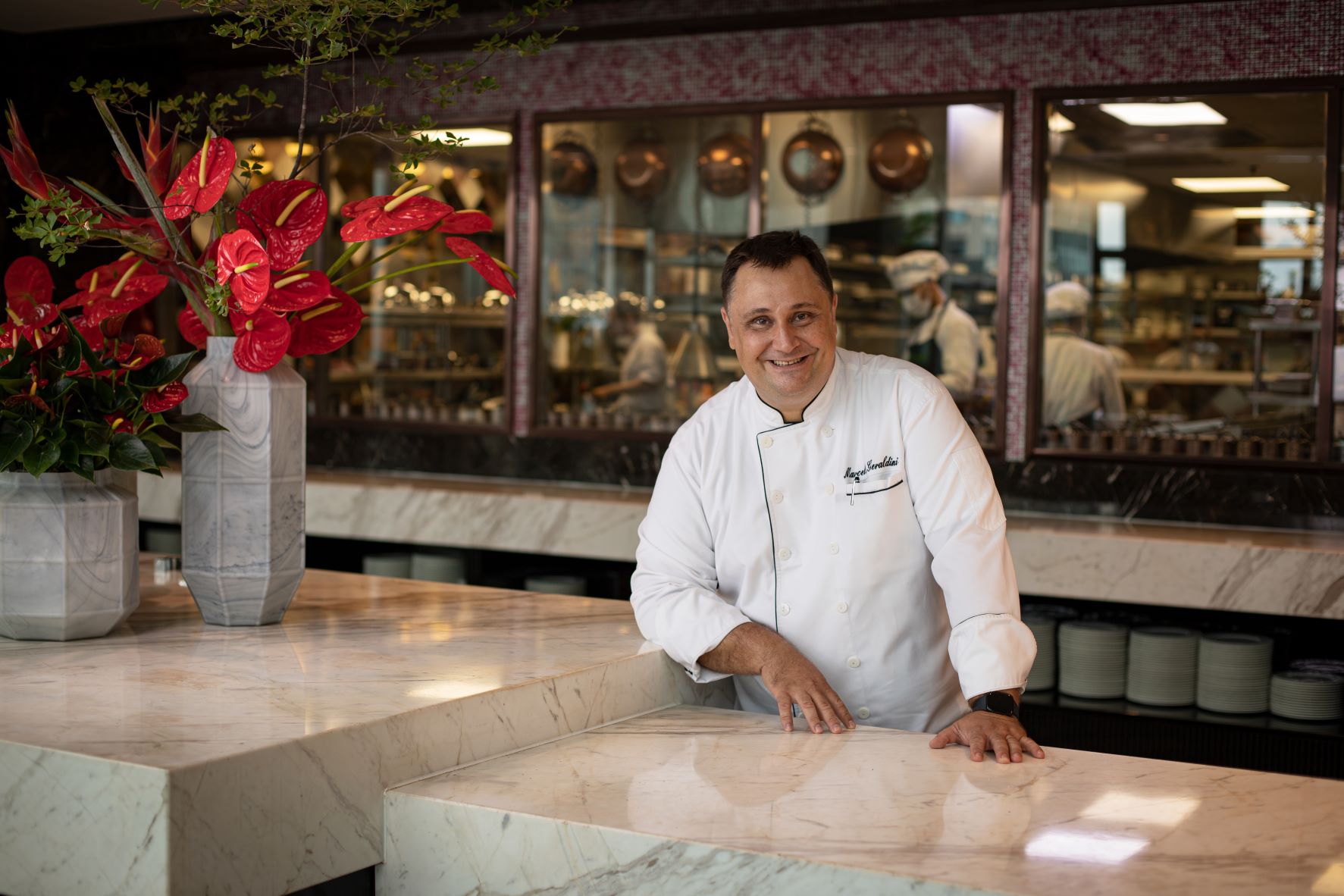 HO CHI MINH CITY, Vietnam (Sept. 13, 2022), Vietnam’s premier luxury hotel, The Reverie Saigon is pleased to announce the appointment of Marcelo Geraldini as its new Executive Chef. After stints in Europe, UK and his native Brazil, Chef Geraldini brings decades of diverse experience from across the globe to the role.

He credits his Italian and German grandmothers with instilling in him a love for cooking and encouraging him to pursue a career in the industry. Geraldini served his apprenticeship in the mid-90s in the Brazilian capital of Sao Paulo, and then in 2008 moved to London where he attended the prestigious Westminster Kingsway College hospitality school whose illustrious alumni include Michelin Starred chefs such as Rafael Cagali and celebrity Chef Jamie Oliver.

While in London, he gained further experience working in several fine-dining establishments including, Michelin Starred restaurant The Hardwood Arms, Carluccio’s and Rossella Ristorante, and undertook further training at luxury private club and casino The Crockford’s in Mayfair.

Geraldini’s culinary journey took him to Vietnam in 2016 when he began working at Amigo Grill, before joining The Reverie Saigon as Executive Sous Chef in 2017. He demonstrated his commitment and hard work while supporting pre-openings and renovation projects including the colossal WMC Central Kitchen project, kitchen layout and design for the new Café Central Nguyen Hue and the upcoming Union Square in Saigon. He also undertook the role of task force chef for Hanoi Daewoo Hotel with several new outlet openings and leading the kitchen design, menu development and staff training.

Geraldini said he sees food as a relationship: with nature, the environment and the people who produce, sell, prepare, cook and serve and eat. “I like to be somehow involved in every step until the food reaches the table,” he said. “Fresh is best is normally the rule alongside supporting local producers and seasonal ingredients, but in this case also the relationship with our suppliers who are all making the effort to bring products from all over the world so that we can provide an experience above expectations are key to me.”

Mr James Young, Vice President of Resources Planning and Development of the WMC Group, which operates The Reverie Saigon, said the decision to elevate Geraldini to the Executive Chef role was an easy one.

“Marcelo has really proved himself over the last few years. He showed tremendous professionalism and leadership, whilst always retaining his commitment to his culinary craft,”  said Mr. Young.

Chef Geraldini will be leading one of the country’s most dynamic suite of culinary outlets at The Reverie Saigon, including the newly launched, and eagerly anticipated, Italian fine dining restaurant Da Vittorio Saigon. The hotel also boasts the French-inspired, all-day dining venue Café Cardinal, The Royal Pavilion’s sophisticated Cantonese fare in a distinctly Asian setting, and The Long @ Times Square, a sidewalk-style dining outpost stretching between Dong Khoi Street and Nguyen Hue Boulevard.