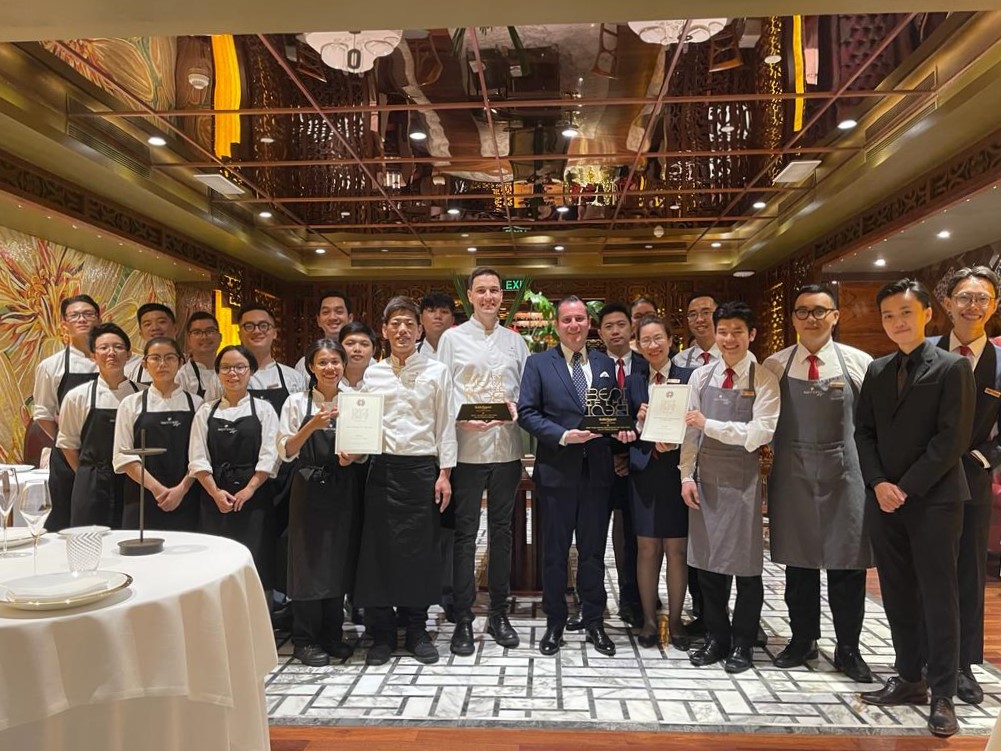 Da Vittorio Saigon The Reverie Saigon hotel has continued to take the culinary world by storm since its debut in August last year. The latest venture from the Cerea family, the Da Vittorio brand has restaurants located around the world and are the holder of eight Michelin stars.

Not surprisingly, Da Vittorio Saigon has already been showered with honors and awards. The latest of these is being named Best Fine Dining Restaurant of the Year, and Best Restaurant Launch for 2022 by the prestigious Robb Report, the ultimate guide for all things luxury in Vietnam.

Garnering international attention has also come quickly for the restaurant which was awarded the Best New Opening Italian restaurant in the world by the bible of Italian food and wine Gambero Rosso.

“The Da Vittorio approach has developed an impeccable, in-depth knowledge of raw ingredients, and the sophisticated, rigorous techniques used to prepare them,” he said. “All of the Da Vittorio restaurants have received the highest honours in the culinary world, and I am tremendously pleased Da Vittorio Saigon is on the same path,” he added.

A comprehensive menu prepared using modern techniques explores a range of culinary styles with an emphasis on classic dishes that take their inspiration from a traditional Italian family setting. The combination of ingredients, including fresh seafood, imported truffles and homemade pasta, create expressive notes that ignite the senses through sight, smell, texture and ultimately incomparable flavour.

With its captivating interiors showcasing an art gallery-like collection of imported Italian furnishings and delicate mosaics handcrafted in Milan, the restaurant boasts an area of 1,000 square metres across two floors with a total capacity of 86 guests. The main dining area can welcome up to 35 guests and four private booths are available for romantic rendezvous. For corporate dinners and family-style receptions.