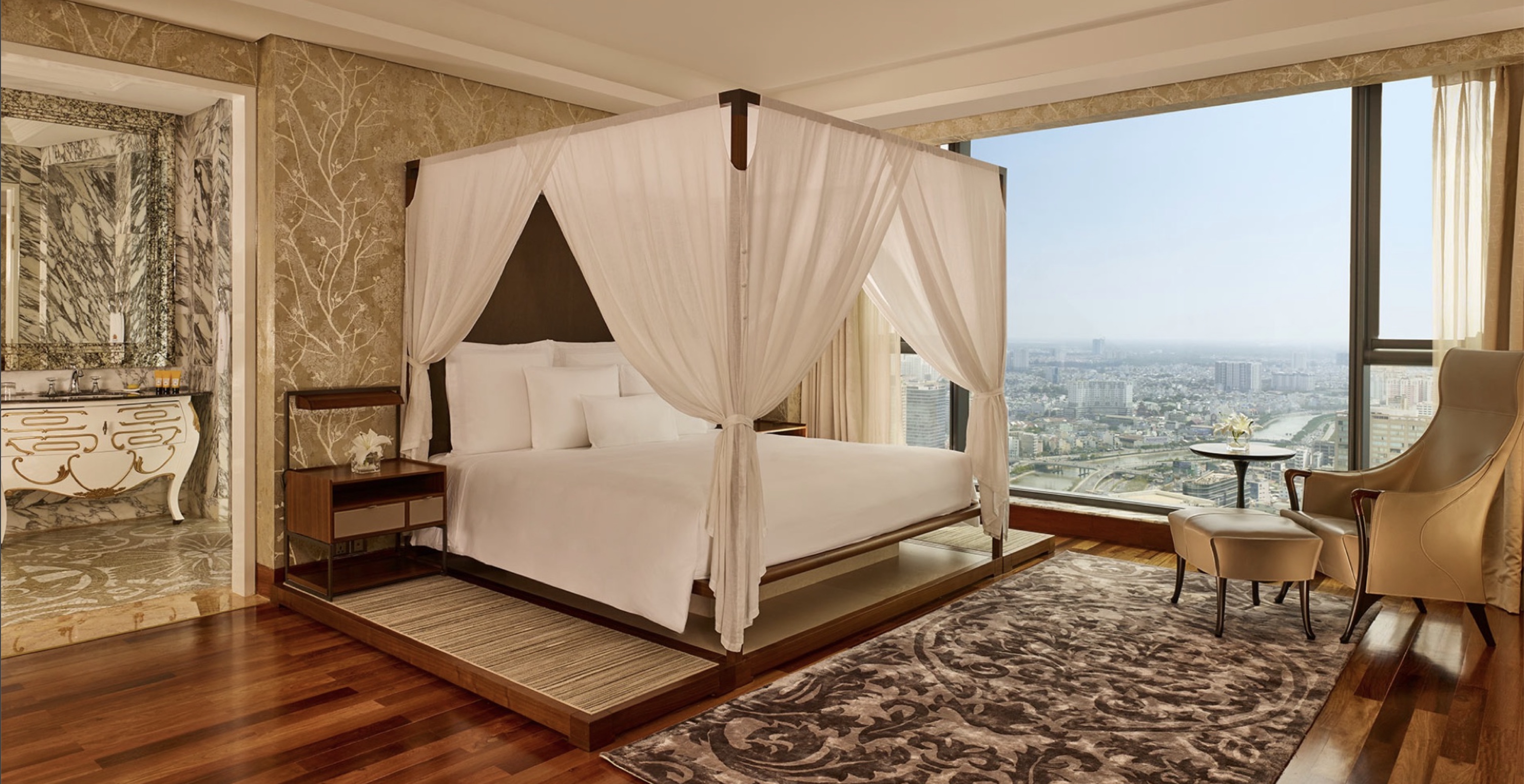 Ho Chi Minh City, Vietnam (May 4, 2016) — The Reverie Saigon, a 286-room hotel that opened nine months ago as the most unabashedly opulent accommodation in Vietnam ever, was recognised by Condé Nast Traveler as one of the most outstanding hotel debuts of last year.

On April 20, the U.S. edition of the prestigious magazine brand named the hotel to its 2016 ‘Hot List’, its 20th annual compendium of the best new hotels in the world. In all, only 60 properties made the cut, after a team of its editors and travel correspondents rigorously (and anonymously) evaluated hundreds of hotels in 36 countries across six continents.

Just seven hotels across Asia made this year’s List.

Landing a place on the ‘Hot List’ is widely regarded as one of the most important accolades to be had by new hotels and resorts in the industry, and is so highly esteemed that media outlets from CNN and the TODAY show in the USA to the Daily Mail newspaper in the UK cover the announcement each year as headlining travel news.

About Vietnam’s most glamorous hotel, Condé Nast Traveler notes: “Built like an Italian palazzo, the brand new Reverie Saigon brings in a level of luxury previously unseen in Ho Chi Minh City. Everything about the hotel is over-the-top opulent, from the palatial, marble-clad lobby to the lavish rooms, individually appointed by top Italian decorators.”

The magazine’s online editorial proceeds to further explain that, “There are three upscale restaurants – French, Cantonese, and Italian (of course) – plus a 157-foot bar that’s so long, it stretches from Dong Khoi Street all the way to Nguyen Hue Boulevard two blocks over. Not to be outshone, Reverie’s spa is a two-level, 13,000-square-foot affair… Impressive, indeed…”

The recognition is notable as a milestone for the destination as well. Though a handful of other hotels in Vietnam have won the coveted award in years past, all but one other represent efforts by internationally renowned, multi-property brands. In contrast, The Reverie Saigon is a singular, homegrown brand, whose managing director hails from Ho Chi Minh City.

“Vietnamese hospitality has come so far since the country opened up 25 years ago,” remarks Eva Hue Van Truong, Managing Director of The Reverie Saigon and CEO of its management company WMC Group. “As a nation, we watched, we listened and we learned a great deal during that time, and now we’re capable of introducing a hotel that’s as spectacular as any opening up anywhere else in the world today. Recognition of the level of Condé Nast Traveler’s ‘Hot List’ is one we take great pride in, and with it, I am thrilled for the brand and happy for all the people here who work so hard to make the hotel such a success, as part of their desire to contribute to the continuous development and progress of Vietnam.”