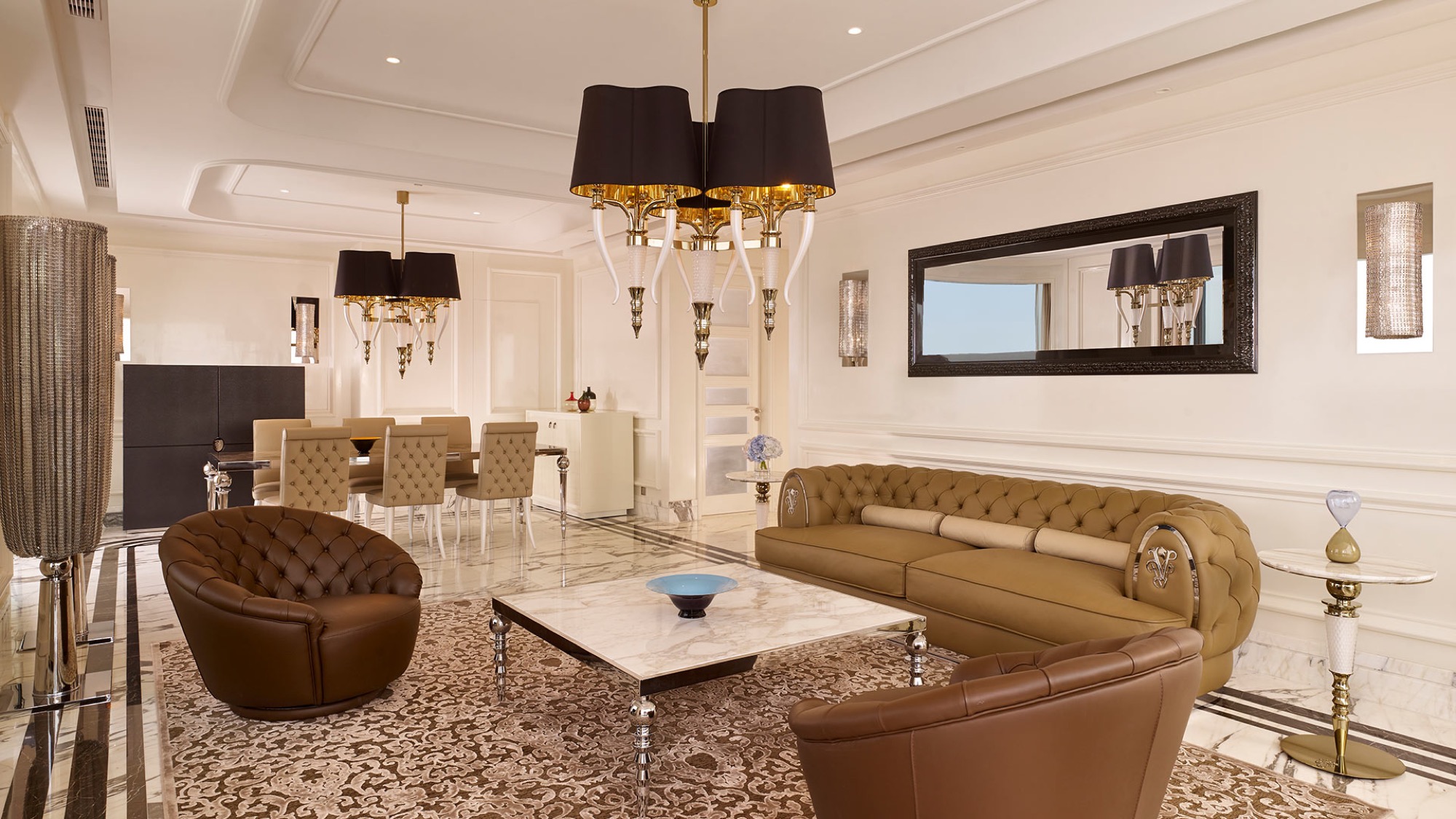 Ho Chi Minh City, Vietnam (December 9, 2015) – With an unprecedented collaboration of Italian designers behind The Reverie Saigon’s interiors, the hotel is not quietly announcing its arrival in the luxury scene. It’s boldly – and unapologetically – building a reputation as the most spectacularly appointed hotel in the region.

“I can’t think of any other property anywhere in the world that has brought together so many of Italy’s leading furnishings design brands”, said Giulio Cappellini, art director of the Milan-based Poltrona Frau Group and an iconic trendsetter in the industry. “Except perhaps a museum”.

Eschewing the conventional for the extraordinary, understatement for overstatement, and the indigenous for the Italian, The Reverie Saigon celebrated its September 1 debut with a jaw-dropping design that’s turning heads everywhere.

Indeed, for an October gala event that marked the grand opening, 25 representatives from Italy’s leading design houses flew in to celebrate what Mrs. Carlotta Colli, the Italian Consul General in Ho Chi Minh City, heralded as ‘an inspired and unparalleled cultural exchange between Vietnam and Italy’. Together, the group represented the who’s who of Italian design luminaries, including Luca Baldi of Baldi Home Jewels, Alfredo Colombo of Colombostile, Roberta Giorgetti of Giorgetti S.p.A, and Dario Rinero, CEO of Poltrona Frau Group.

The hotel’s design appeal is a marriage between Chief Architect Kent Lui’s cool, contemporary tower and its technologically ambitious façade, capable of extravagant light shows, and a room-by-room, venue by venue, showcasing Italy’s most talented.

Highlights from the eclectic collection include:

A colourful ceiling installation of individual pieces of hand-blown Murano glass reminiscent of the geographic silhouette of Vietnam and accented by VGnewtrend’s signature, LED-lit crystal and steel ‘Arabesque Egg’ chandeliers.

Vibrant mosaics by Sicis of Italy, reminiscent of those found in grand Venetian palazzos, can also be found throughout the hotel – from the towering walls of flowers adorning the seventh floor lobby to the white & gold mosaic which lines the winding staircase of The Spa.

At first blush, it doesn’t seem evident that the hotel’s décor has drawn much inspiration from its environs. But it has. Vietnamese aesthetics tend toward the bold and the eclectic, attributes most evident in the lively palette of its interiors as well as what’s on display in the hotel’s façade.

“The contemporary exterior enabled us to create an extremely sophisticated LED lighting system, undetectable to guests inside, which is the first of its kind in the city,” said Lui. “The very colourful and ever-changing illuminations each evening are our tribute to the Vietnamese people.”

Asian symbolism can be found throughout the property – however subtle and discreet. At The Royal Pavilion, the hotel’s fine-dining Cantonese restaurant, an interior marked by red and gold speak to the many countries influenced by China and the belief that the two colours represent happiness and good fortune. The green malachite stone veneer of the grand piano and clock by Baldi were specially commissioned due to its resemblance to jade and all of the positive feng shui that it is believed to bring, including health, wealth and harmony. The hotel’s peacock feathers logo references tidings of abundance and good luck in Vietnam.

A feng shui master was brought in early on to consult on the building’s layout. An L-shape style was chosen to maximise exposure to the southern sun and rounded corners purposely built to offer the best, most uninterrupted views. These unique curves were made using the largest pieces of double-glazed unit (DGU) ever produced in China. And the entrances on Dong Khoi Street, Nguyen Hue Boulevard and the ground floor entrance lobby between the two storied streets were positioned to optimally bring positive energy (chi) into the building and to keep it in.